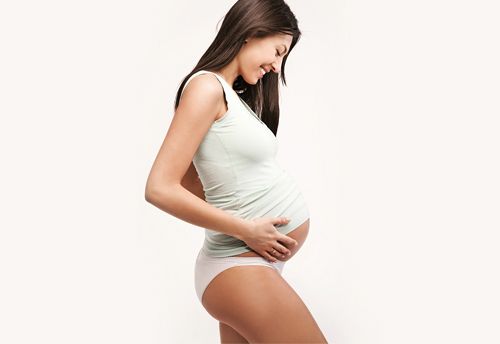 – surgeries and treatments for young mothers

The current cult of the body is also visible among young mothers who, during pregnancy, take care about an excess of  food intake. However, even giving up cravings does not bring results, and pregnancy and childbirth leave their mark on the figure. Plastic surgery and aesthetic procedures are coming to the rescue, which allow to deal with virtually all inferiority complexes after pregnancy.

Stretch marks, stretched skin, and excess fat tissue and not very firm breasts – these are the reasons why women after giving birth seek help not from a dietitian, but in a plastic surgery or aesthetic medicine clinic. The development of technology in these fields, as well as the very widespread use of body modeling or skin firming treatments, caused that nowadays mommy makeover is no longer discussed only in the context of the achievements of overseas celebrities.

Where does the fashion for mommy makeover come from?

Only a few years ago, hearing about the mommy makeover, one could see photos of models and actresses who, one month after delivery, could proudly go on the beach or show up on the catwalks. Initially, they were overwhelmed by a wave of criticism, but soon their fans began to dream of getting back to their pre-pregnancy and childbirth shapes as well. The desire to form the body and improve the overall appearance among young mothers was also noticed by doctors of aesthetic medicine and plastic surgery, who presented their patients with proven and effective solutions.

Mommy makeover procedures, which first conquered the USA, also adopted in Europe. The trend that came to us from overseas would be difficult to perceive only as one operation, because the problems with which young mothers come to the office are approached extremely comprehensively. Hormonal changes that occur in the body during pregnancy and a rapid and excessive weight gain, sometimes also the course of delivery and breastfeeding, lead to changes that cannot be overlooked.

Widely discussed stretch marks are just one of them. The problem that cannot be solved on their own is excess fat in the abdomen or sagging breasts. Their solution is the mommy makeover procedure.

At the very beginning, when the mommy makeover appeared in the patients’ consciousness at all, the treatment came down to abdominoplasty. The reason is that a flat stomach after pregnancy is the first thing that well-known celebrity mothers are brought to attention, appearing in a bikini on the beach just a few weeks after giving birth. Much has changed since then, because mommy makeover also removes other body imperfections

Of course, the most popular procedure is  abdominoplasty with liposuction, during which excess fat is suctioned off and the skin slackens. If necessary, also after Caesarean section, reconstruction of the fascia of the superficial mesenterium and abdominal muscles is recommended. Surgery, if the situation so requires, can be combined with breast correction, of which the appearance changes not only under the influence of pregnancy, but also breastfeeding. (Go to tummy tuck)

The bosom after pregnancy and breastfeeding

Changes in the appearance of the breast are noticed by every young mother. Larger breast size during pregnancy leaves an unwanted “souvenir” in the form of not only stretch marks, but also flabby skin or even sagging breasts, which naturally had previously given up  to  the forces of gravity . In this case, plastic surgery is carried out after the end of breastfeeding, and if the mother plans another pregnancy – it is recommended to postpone them until it is known that the situation will not recur.

Breast plastic surgery after pregnancy is not limited to just changing their size. The main goal of the procedure for young mothers is to firm the bosom, which is used to lift and shape the breast along with removing excess skin. If the patient wishes so, the procedure can be combined with the use of implants or, conversely, with breast reduction. (Go to brests implants)

It would be inappropriate, however, to view mommy makeover as a classic breast surgery. As a rule, the procedure involves performing a simultaneous correction of the breast and abdomen, thus responding to the most common problems with restoring the figure to the state before pregnancy. The possibilities that the plastic surgery and aesthetic medicine give to young mothers , however, are much greater.

A successful sex life is as important for young mothers as a satisfying figure, which is why, in addition to abdominal and breast plastic surgery, women are increasingly being offered a vaginoplasty  (Go to vaginoplasty) procedure combined with perineal plastic surgery. It is a remedy for problems arising after delivery by the forces of nature and incision of the perineum during delivery, i.e. stress urinary incontinence (Go to urinary incontinence) or reduction of the reproductive organ. The operation corrects the width of the vagina and the tension of its muscles, thereby removing the problem of prolapsing uterus.

A solution for beautiful shape after pregnancy

Aesthetic gynecology is not the only thing aesthetic medicine doctors have to offer to women after delivery. Thanks to advanced technologies, body shaping and lifting can also be carried out along with a non-invasive way to improve final effect. Laser treatments allow you to deal with existing stretch marks.

Why is it worth doing? It is much easier to enjoy motherhood without worrying about the shortcomings of the figure, and so you know – a happy mother makes a child happy as well.

Do you need help?

Find out more or adjust your settings.

This website uses cookies so that we can provide you with the best user experience possible. Cookie information is stored in your browser and performs functions such as recognising you when you return to our website and helping our team to understand which sections of the website you find most interesting and useful.

Strictly Necessary Cookie should be enabled at all times so that we can save your preferences for cookie settings.

If you disable this cookie, we will not be able to save your preferences. This means that every time you visit this website you will need to enable or disable cookies again.